Arsenal suffered another FA Cup third-round exit against Nottingham Forest as Lewis Grabban’s late goal earned the hosts a 1-0 win at the City Ground; Mikel Arteta was not impressed with the Gunners’ performance against the Championship side

Arteta made several changes to his team but still included Bukayo Saka, Martin Odegaard, Gabriel Martinelli and Bernd Leno in the starting XI.

“We were not good enough and we have to apologise for it,” Arsenal manager Arteta told ITV.

“I don’t want to use excuses, I expect the team I put out to do better and when you don’t in the cup you are out.

“Today showed we were not capable of winning against Forest away from home and didn’t put in the level to win the game. It’s a collective issue and today we have not done it. What we have done today is nowhere near the level and standards that are required.”

Arteta added in his post-match press conference: “We needed more drive, more hunger to win at any cost in every single action, much more. We were not at our level.

I’m really disappointed with the performance, first of all. Not with the attitude but how much purpose we have and what determination we showed to change the game when it’s difficult to play against and the way they play.

I have played in games like that for the last 18 years and I know how complicated it is to come here and it’s no surprise the difficulties you are going to face. But when we do that, we have to face it in a different way.

“It is really hurting. It is a competition that is very related to our history and to get out of it is a big bump.”

Even though Arsenal had much more of the possession they failed to have a single shot on target.

Nuno Tavares was hooked after just 34 minutes of the match and showed his frustration as he threw his gloves to the ground.

Asked about the decision to replace Tavares, Arteta said: “I just did it to try to improve the performance of the team.

“I have to make the decision to try to improve the performance of the team when it’s not going in any other direction.”

Arsenal will hope for improvement in their next three fixtures.

They face Liverpool in their two-legged Carabao Cup semi-final on January 13 and 20, either side of a trip to north London rivals Tottenham in the Premier League on Sunday January 16.

He said: “We came up against a really good team and we had a clear game plan. We wanted to be brave with our pressing and get at them on the counter and that’s how we scored.

“I’m really proud of the boys, pleased with the performance. It’s brilliant to get through and I hope the players now really believe in what we’re doing.

“[Grabban] is the club captain. He’s experienced and we work together in terms of how we use him. Then we brought him on and he scored.” 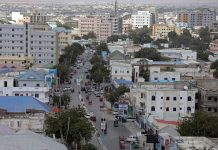 What Everybody Else Does When It Comes to Custom Paper Writing... 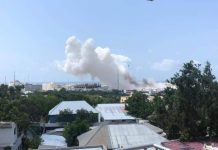